John (name changed), a Vietnam veteran, was proud of the small, modest dirt hauling business he built for himself. So, when the IRS contacted him and notified him that 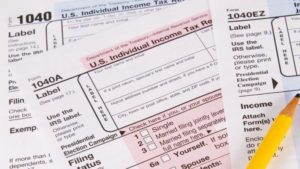 The IRS sent notice and asked John to appear for an audit. Among others, they had questions about the deduction for the cost of employing his brother Dan (name changed) and other deductions that he took on his business tax return. They asked him to appear and bring proof of payments. Unfortunately, John had not kept the records and could not come up with the cancelled checks or any proof that his business had paid Dan. His case progressed to U.S. Tax Court. This was the dilemma John was in when he came to our Low-Income Taxpayer Clinic for help.

Attorney Renato Izquieta took John’s case and represented him before the IRS. When addressing the question of payment to his brother, Renato proposed that the IRS check Dan’s return for the evidence of the payments made by John. At first the IRS balked at this request but then finally agreed.

After checking the tax returns, the IRS verified that Dan did indeed receive payments for the work he did for John’s business. Renato continued to work to resolve the questions the IRS had for John and, in the end, what was a $114,000 tax debt became $3,000. This resolution made a striking and significant difference for John and the life of his business. If he had not been able to resolve this issue and decrease the amount he owed, he would have had to close the business that he worked so hard to create.

Through funding from the IRS/Taxpayer Advocate Service, CLA SoCal staff and pro bono attorneys can assist taxpayers who are living at up to 200% of the federal poverty level at our Low-Income Taxpayer Clinic with their tax controversy matters. With some exceptions, a tax controversy is any problem with the IRS that is equal to or less than $50,000. This allows us to serve small business owners like John.

Assistance with questions from the IRS about issues like John’s is just one of the ways we can support low- to moderate-income taxpayers. Our advocates can provide administrative assistance as well as representation in U.S. Tax Court. Most of our clients need assistance with:

In 2018, the advocates at our Low-Income Taxpayer Clinic were able to assist and represent 100 taxpayers before the IRS.

Through the years we have found that the clients who come to us for help are in their predicaments with the IRS because they are unaware of or did not fully understand the rules, are misinformed, have suffered a personal misfortune or financial setback. They are low- to moderate income working individuals, heads of households, and mom and pop small business owners like John. The outcome of providing representation for these individuals, either administratively or in U.S. Tax Court, is the considerably greater success they have with resolving their tax issues.