Though cowed by years of abuse, Lina (name changed) somehow got her footing and gathered the strength to seek help.  A victim of human trafficking and domestic violence perpetrated by her husband, Lina came to CLA SoCal for assistance through a referral from a partner organization. She needed help with filing a restraining order against her spouse, Stephen (name changed), who was physically, emotionally and financially abusive.

At the time of the referral, Lina was still living in the abusive situation and 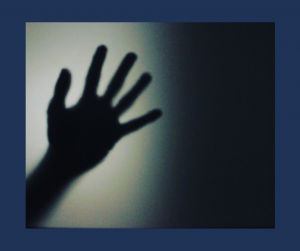 it was difficult for our attorney Elizabeth Buner, an Equal Justice Fellow, to communicate with her.  Because Lina was afraid that Stephen would find out, Elizabeth was not even able to send her an email to set an appointment.  The partner organization who referred Lina to us helped to arrange a meeting at a safe location so Stephen would not track Lina’s phone to the CLA SoCal office.

On Lina’s behalf, we filed for a Domestic Violence Restraining Order and Temporary Restraining Order ex parte (something not common in our jurisdiction), so that we would not have to notify Stephen beforehand.  We also arranged with the partner organization to accept Lina into their shelter on the day we received the order, for someone to accompany her to report to police on the same day, and for Stephen to be served.

We were granted a Temporary Restraining Order, Lina moved into the shelter, reported to the police, and Stephen was served and arrested the next day. She was given a hearing date for the Domestic Violence Restraining Order at which we agreed to represent her.

Shortly after being served with the Temporary Restraining Order, Stephen filed for divorce. We assisted Lina in responding to the Petition for Dissolution and filing the requisite paperwork. After prolonged negotiations, during which Stephen continued to try to control and abuse Lina, we successfully negotiated a settlement of both the domestic violence and dissolution matters that was beneficial to her.

The Court issued a Judgment of Dissolution and a Notice of Entry of Judgment terminating the marriage. At last Lina was free from Stephen and in a position to move on with her life.

Survivors of human trafficking like Lina often experience a myriad of civil legal issues related to their circumstances, including the need for restraining orders, custody issues, housing issues, and immigration issues, among others.

Currently, we are the only legal aid provider in Orange County with a designated trafficking program that is providing comprehensive legal services to trafficking survivors.

We offer holistic victim-centered legal services, keeping the survivors’ needs and wishes at the forefront while we assess their case, identify any additional legal and non-legal needs they may have, and determine a course of action. Our approach is both trauma-informed and trauma-responsive and we strive to be culturally appropriate and linguistically accessible, ensuring a low-barrier experience for survivors.

Over the months that Elizabeth worked with her she noticed how Lina’s entire demeanor was changing.  From the initially fearful and extremely nervous victim who was constantly checking her phone and was guarded about what she said, she grew to become a smiling, more relaxed and self-confident Lina.  Gaining a new sense of self, she excitedly shared with Elizabeth about what it felt like to finally be able to buy what she wanted at the grocery store.  Feeling more empowered, Lina was also fully prepared to confront her spouse and the spouse’s family in court, something that she had been terrified of doing months earlier.

Thanks to the assistance and holistic support she received to leave her abuser and to stabilize her life, Lina was able to transition from a victim of trafficking and abuse to a survivor.  Out from under her trafficker and abuser’s control and with a greater sense of self, she is starting over in a new location.